My imagination is wild, taking off in directions I can hardly keep up with sometimes. Probably everyone imagines what they would do if they won a million dollars.  I would  bulldoze my house and start again. Or my neighbours and I can go in and all bulldoze our houses and make condos to keep one and rent out others in the summer for lots of money.

That’s normal imagining stuff. The bad habit of my imagination is having negative conversations with people who like to give me advice and/or poke fun at me. Oh, they are terrible!….. in my head. My ex was the worst! It took me years to get his criticism out of my head…. out of my…. own…. head!

I’ve had friends come and visit and be a little critical or just not supportive (enter giving me advice) and weeks later I’m still arguing in my head.

Not easy to stop, though. Now I’m trying not to dwell on the situation where I invited a bunch of people to start Game Night and no one is coming. I live in a neighbour hood of women who hang out together and have a bully/ring-leader they all obey. Six or seven years ago I kicked her out of my house and she’s still holding it against me! (LOL) Anyway, the point is…… I imagine them laughing at me that no one is coming to play games with me. I think they would rather laugh at me than with me.

I don’t want to stray off point here; sometimes what we worry about is just our own imagination. 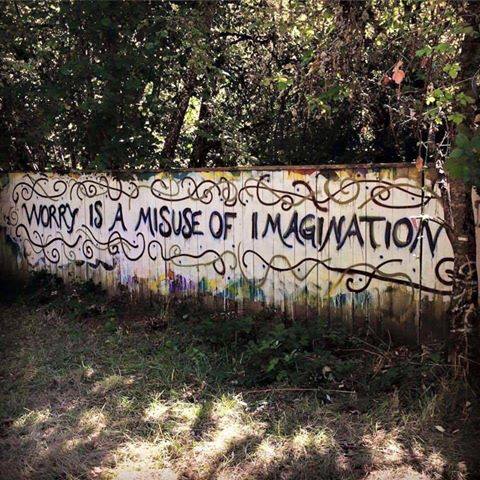